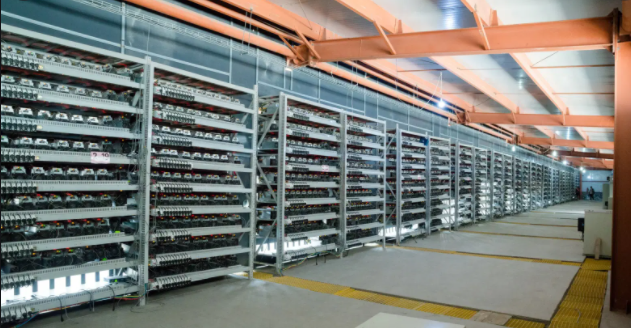 The fake miner is detected by loads of anti-virus programs so if you have one, it will detect and delete fake Bitcoin Mining Machine miner. You would be informed of its presence immediately, and the malware wouldn’t be able to do anything. However, if you don’t have anti-virus installed, the malware may go unnoticed, allowing it to steal your information, including your log in credentials. Furthermore, the fake miner may initially look identical to the legitimate miner, which may trick users that don’t have anti-virus.

It’s very much possible to pick up a fake Bitcoin Mining Machine miner when trying to download the legitimate one. If you download programs from questionable websites and forums, you are at risk of picking up a serious infection. It’s always better to use trustworthy websites, as well as official websites/sources for any kind of download.

It’s also possible to get these kinds of infections via malicious emails attachments, downloading software cracks and pirating entertainment content. An infection is usually the result of bad browsing habits so if you develop better ones, you would be able to avoid a lot of malware.

Spam emails are commonly distributing malware, which is why you should always be careful when dealing with unsolicited emails that have attachments. Always scan unknown email attachments with anti-virus software or VirusTotal before opening them, to ensure that they don’t have malware. You should also familiarize yourself with the signs of spam email, which include loads of grammar/spelling mistakes and random senders’ email addresses.

The fake Bitcoin miner will look similar to the legitimate one, which is why some users may take a while to notice. However, instead of mining bitcoin, it will install a data-stealing trojan known as RedLine. Not only does the trojan steal data, it will also be able to install additional malware by opening a door for it to enter.

The RedLine trojan aims to steal sensitive information, such as login credentials (usernames and passwords), browser history, credit card information, etc. This information would be used by the trojan operators themselves, or it would be sold on hacker forums. Either way, the consequences of such an infection can be very severe.

Without anti-virus software, it may be difficult to notice its presence, unless you are familiar with how a computer acts when infected. The most obvious symptoms are usually a suddenly lagging computer without there being a clear reason, weird processes in your Task Manager, programs not launching properly and crashing without reason, etc. If you notice any of these symptoms, you need to scan your computer with anti-virus software immediately.

Scan QR code and get the GameSearcher virus removal instructions on your mobile.

The QR code is displayed on our webpage because sometimes it may be difficult to terminate such unwanted programs as GameSearcher virus. You can scan the QR code using your mobile phone and get manual removal instructions that will help you remove GameSearcher virus from your device.

Follow @GerrySeeger
OfferDownload Removal Toolto scan for Bitcoin Mining Machine minerIf you have been infected with Bitcoin Mining Machine miner, you need to get rid of it as soon as possible. For faster removal, use anti-malware software.
More information about WiperSoft and Uninstall Instructions. Please review WiperSoft EULA and Privacy Policy.