What is Billtrust Email Virus

Billtrust Email Virus refers to malicious emails claiming to be from Billtrust, a legitimate company providing order-to-cash solutions. Like many companies, it is used by malware operators to trick users into opening malicious email attachments, which would infect their computers with some kind of malware. The companies whose names are used in these spam email have nothing to do with these scams, and are just a convenient name to use. This particular email scam claims that an invoice from Billtrust has been added to the email and that a certain sum of money needs to be paid. When it comes to money, people tend to get alarmed, and they may not thing twice about opening email attachments, resulting in them infecting their computers with malware. 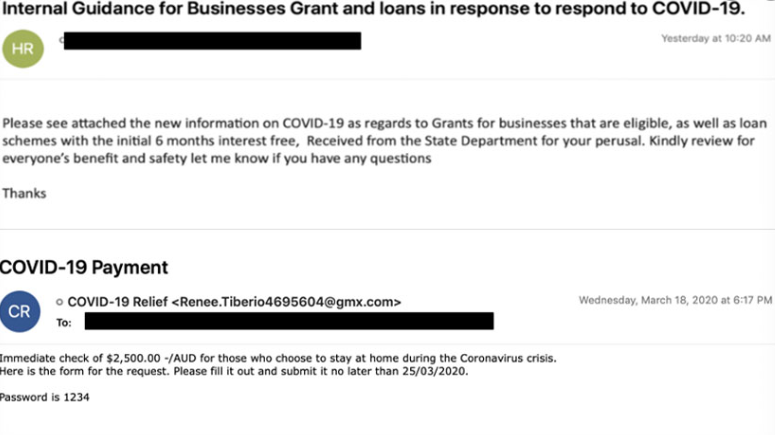 These kinds of emails target more gullible people because if you take a second to logically review the email, it would be quite clear that it’s not real. But unfortunately, many people are not familiar with such scams. The malware hidden in these kinds of emails is usually some kind of ransomware, trojan, cryptocurrency miner or some other data stealing trojan.

How to recognize a spam email

Spam emails carrying malware are usually fairly obvious, as long as you know what to look for. Here are some of the things you should look for when dealing with unsolicited emails with attachments.

The first thing you should check is the sender’s email address. If it’s made up of random letters/numbers and looks unprofessional, that’s an immediate giveaway that the email is not sent by Billtrust or whomever the sender claims to be. Even if the email seems legitimate, you should still check whether it actually belongs to the person the sender says they are. Look out for changed letters such as instead of “m” there being “rn”, as this is a common tactic used by spammers to make email addresses appear legitimate.

Check the email for spelling and grammar errors as those are also a dead giveaway. No professional email, especially one delivering an invoice, will contain mistakes as that also seems highly unprofessional. Another sign that you are dealing with spam is how you are addressed. When companies send an invoice or some other important email, they address you with your name, not something generic like User/Customer/Member. You being addressed with generic titles should immediately cause you suspicion.

Finally, the biggest clue is the attached file. To find out whether you’re dealing with a malicious file, scan it with reliable anti-virus software or VirusTotal before opening.

Malware is often spread in these kinds of emails

If you open the email attachment, you may be initiating the malware. We cannot say specifically what kind of malware you’d end up with but it likely would be some kind of ransomware or a trojan. Unless you have anti-virus software installed, the malware would be able to run uninterrupted.

Ransomware would perhaps be the most serious malware infection. It would encrypt your files and then demand money for their decryption. The thing about ransomware is that even when users pay, it doesn’t mean files would be decrypted. There’s nothing really stopping crooks from simply taking the money and not sending anything in return. In the end, many users end up wasting their money and with no way of getting their files back. Malware researchers do release free decryptors for some ransomware, but that’s not always possible. The only sure way to get files back is via backup.

You could also end up with a data stealing trojan. These infections usually stay in the background in order to stay hidden for as long as possible. While users go about using their computers as usual, the trojan would try to steal login credentials, spy on your browsing activities, etc. This could lead to users’ accounts being accessed by malicious parties, which can cause a lot of damage.

All you really need to do is delete Billtrust Email Virus from your inbox. If you did not open any attachments or click on any links, your computer should be clean. However, if you do recall opening an email attachment, scan your computer with anti-malware software immediately.

Scan QR code and get the Myprivacykeeper.com removal instructions on your mobile.

The QR code is displayed on our webpage because sometimes it may be difficult to terminate such unwanted programs as Myprivacykeeper.com. You can scan the QR code using your mobile phone and get manual removal instructions that will help you remove Myprivacykeeper.com from your device.

OfferDownload Removal Toolto scan for BilltrustIf you have been infected with Billtrust, you need to get rid of it as soon as possible. For faster removal, use anti-malware software.
More information about WiperSoft and Uninstall Instructions. Please review WiperSoft EULA and Privacy Policy.