What is FBI Anti-Piracy Warning

FBI Anti-Piracy Warning is a scareware message that falsely claims the FBI has blocked your computer for pirating. It’s part of the classic FBI virus classification and works the same way. A fake FBI message will suddenly appear and your screen will appear to be blocked. The message will claim that your computer has been locked because you have illegally downloaded music, movies and software. Supposedly, if you pay a fine of $400, charges against you will be dropped and your computer will be unlocked. 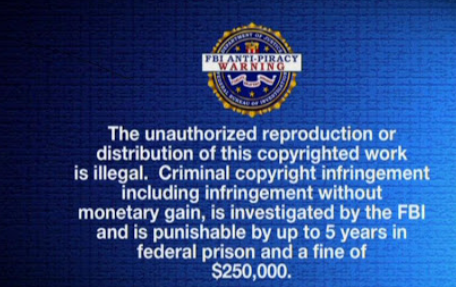 Every single one of these fake FBI screen lockers are very obviously fake, from the bad grammar and requests to pay in gift cards to the fact that the FBI does not lock computers remotely for pirating. But when users see the FBI logo, the fear factor comes in and users are prone to not notice the obvious signs and may end up complying with the demands.

If you see this message on your screen, it’s very likely that some kind of infection installed on your computer is causing it. To permanently remove FBI Anti-Piracy Warning screenlock, you will need to get rid of the infection causing it. It can be difficult locating it manually, which is why you need to use an anti-virus program. And your computer isn’t actually locked. Depending on what infection is showing the fake FBI message, you could either close it using End Task in Task Manager or boot your computer in Safe Mode.

Because a lot of different infections can show fake FBI Anti-Piracy Warning messages, it’s difficult to determine how exactly the infection managed to get into your computer. The classic distribution methods are software bundling, fake updates, emails, downloads from unreliable websites, pirating, etc. In most cases, bad browsing habits lead to infections.

To avoid minor infections like adware and potentially unwanted programs (PUPs), it’s important to correctly install free software. When installing a free program, always use Advanced (Custom) settings because they show if anything has been added to the program. If there is something, uncheck the boxes and only then continue the installation. Doing this will prevent load of smaller infections that can be annoying if present.

Malware is often distributed via emails as well, which is why you need to be very careful with unsolicited emails that have attachments. Opening the attached file is all it takes to initiate the malware. Before opening any attachments you were not expecting, always scan them with anti0-virus software to make sure they’re not malicious.

You should also avoid pirating as torrent sites often have a lot of malware on them, as well as avoid downloading anything from questionable websites.

FBI does not lock computers, nor does it ask to pay fines via MoneyPak or gift cards

The FBI Anti-Piracy Warning will claim that your computer has been locked because they discovered pirated content on it. It even says that “if you use a webcam, videos and pictures were saved for future identification”. According to the warning, you could be facing up to 3 years in prison if you don’t agree to pay the $400 fine for pirating. They request that the payment be made via gift cards or MoneyPak.

If you look at the whole thing with a calm mindset, none of the contents would make sense. The FBI does not lock computers remotely, and would certainly not drop charges just because someone agrees to pay a fine. Furthermore, they would certainly not ask for payment via gift cards.

If you cannot normally close the window displaying the message, you probably need to boot your computer Safe Mode. Booting your computer in this mode means only essential programs will be running, which does not include the infection causing the fake FBI warning. To delete FBI Anti-Piracy Warning permanently, scan your computer with anti-virus software to detect the malware. The program should take care of the rest.

Paying anything, let along $400 to scammers will not do anything. It will not unlock your computer, nor will the FBI drop charges against you since there weren’t any to begin with.

Scan QR code and get the Wannapay ransomware removal instructions on your mobile.

The QR code is displayed on our webpage because sometimes it may be difficult to terminate such unwanted programs as Wannapay ransomware. You can scan the QR code using your mobile phone and get manual removal instructions that will help you remove Wannapay ransomware from your device.

Follow @carinefebre
OfferDownload Removal Toolto scan for FBI Anti-PiracyIf you have been infected with FBI Anti-Piracy, you need to get rid of it as soon as possible. For faster removal, use anti-malware software.
More information about WiperSoft and Uninstall Instructions. Please review WiperSoft EULA and Privacy Policy.