What is CamuBot Trojan?

CamuBot Trojan is a highly dangerous piece of financial malware that is targeting Brazilian business-class bank customers. The malware attempts to camouflage itself as a supposedly mandatory bank security module, which is where its name CamuBot comes from. According to Security Intelligence, the Trojan first emerged in August 2018, and unlike the typical banking Trojan, CamuBot does not hide its deployment. Instead, it tricks the target into thinking it’s a security module for a bank, so people end up installing the Trojan themselves. This is a rather unusual infection method as it needs to target very specific people, who are hand-picked by the attackers. The hand-picked victims are contacted by phone and tricked into installing the malware. 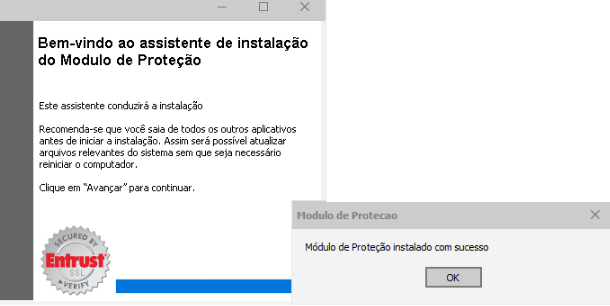 The attackers behind this malware campaign aim to trick business owners/employees into installing a banking Trojan, disguised as a security module for using online banking. The fake security module even has official logos and branding that will further convince potential victims that it’s legitimate. When the malware is installed, victims are then tricked into putting online banking credentials into a fake websites, which reveals those credentials to the attackers. The malware can even hijack one-time bank-generated passwords.

While the attack is highly sophisticated, it would be difficult to execute it successfully. People who have access to business online bank accounts should surely be trained in cybersecurity, thus it’s unlikely they would fall for the phishing phone calls used in these attacks. And even if attackers were successful in tricking the victims, most computers have anti-malware installed and it would detect and uninstall CamuBot Trojan immediately.

How are targets infected?

The attackers use a very unusual way of infecting victims, and that is phishing phone calls. Trend Micro reports that the attackers likely use social media, search engines and even the phone directory to look for targets (business employees or owners) who have access to online business banking. The targets would then be contacted by the attackers via phone, pretending to be bank employees, and directed to fake verification websites. The attackers would claim that the bank’s “security module” needs to updated, and potential victims would then be guided into downloading the supposed security module, which is actually disguised malware.

Victims would be advised to install the supposed ‘security module’ with a Windows administrator profile. If the victims fell for this phishing attempt, the installation will not cause suspicion as it has all the necessary bank logos and branding, making it seem fully legitimate. What the victim is actually installing is the CamuBot banking Trojan.

When the malware is successfully installed, a pop-up will appear and ask the victim to log in to his/her online bank account. The pop-up may look identical to the legitimate online banking site so the victim would not realize that they are giving away their online banking credentials to malicious actors.

Targets are likely hand-picked by attackers, and currently are strictly people residing in Brazil. Attackers would pick business owners or employees that they think would have access to online bank accounts. Attacks like this are why educating employees about cybersecurity is so important. All employees that have access to an online business bank account should be aware that banks would not call them this way and ask to install some kind of software. And if in doubt, people should drop the call and call the bank using its official numbers to inquire about this supposed update.

If anti-malware is installed on a computer that is trying to install the supposed ‘security module’, it should notify the user about it being malicious. This just goes to show how necessary anti-malware software is in some cases. When human error leads to a potentially serious situation, security software can help solve it. It would detect and delete CamuBot Trojan before it can actually do anything.

If you realize that you have recently received an unusual phone call asking to install something from someone claiming to be a bank employee, you might now need to remove CamuBot Trojan and contact your bank immediately.

According to VirusTotal, the malware is detected by 32 different anti-malware programs, some of which detect CamuBot as:

Scan QR code and get the Ehiz Ransomware removal instructions on your mobile.

The QR code is displayed on our webpage because sometimes it may be difficult to terminate such unwanted programs as Ehiz Ransomware. You can scan the QR code using your mobile phone and get manual removal instructions that will help you remove Ehiz Ransomware from your device.

Follow @GerrySeeger
OfferDownload Removal Toolto scan for CamuBot TrojanIf you have been infected with CamuBot Trojan, you need to get rid of it as soon as possible. For faster removal, use anti-malware software.
More information about WiperSoft and Uninstall Instructions. Please review WiperSoft EULA and Privacy Policy.