What is Silver Sparrow malware?

Silver Sparrow malware is malicious software that targets Mac computers. It’s a recently detected malware that has caused quite a stir, mainly due to how widely it managed to spread and its behaviour, or rather its lack of actually doing anything. The malware was first detected by security company Red Canary, who dubbed it Silver Sparrow. And according to Malwarebytes researchers, the malware has spread to around 30,000 Mac computers in a short amount of time. US, United Kingdom, Canada, France, Germany, Italy, Australia, Spain, India, and Mexico appear to have the most infect users. 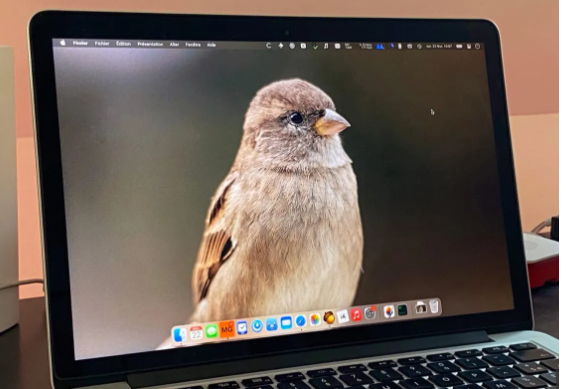 Not much is known about the malware, its distribution methods in particular have perplexed researchers. It also doesn’t show any obvious signs of being present, nor does it actually do anything malicious. Once it’s initiated, it won’t drop any kind of payload and do anything besides connect to a command-and-control server to check for instructions every hour. It also checks the Mac for a ~/Library/._insu file and if it finds it, it will remove itself and all associated components. But it’s not clear why this feature exists.

The malware installs via Apple installer packages update.pkg or updater.pkg. Interestingly, the files contain a JavaScript code, which runs even before the installation starts. When users click “Continue” in the installation window that appears, they will become infected, even if they quit the installer immediately.

How does Silver Sparrow malware infect a computer?

As we mentioned above already, the exact Silver Sparrow malware distribution methods are not known. There are speculations that users may be directed to download the malicious files via malicious search engine results. But while the specific methods are not known at this moment in time, it’s important to be familiar with the common malware distribution methods to prevent other kinds of infections. It’s not uncommon to pick up malware by using torrents to pirate, opening unsolicited email attachments, engaging with ads when browsing high-risk websites, downloading fake updates, etc. If you become familiar with these distribution methods, you will be able to avoid a lot of malware infections in the future.

If you use torrents to pirate on a regular basis, there is a high chance that you will pick up some kind of infection eventually. Torrent sites are quite poorly regulated, which means it’s easy for malicious actors to upload malware disguised as popular movies, TV shows and other content.

Spam emails are also a common way users end up picking up infections. Malicious actors buy leaked email addresses from hacking forums and use them to launch malicious spam email campaigns that distribute malware. Malspam emails are usually pretty obvious, however. They’re sent from random email addresses, contain loads of grammar/spelling mistakes, and pressure users to open the attached files. Whenever you receive an unsolicited email with an attachment, always scan it with anti-virus software or VirusTotal before opening it. This will prevent you from opening known malicious files.

Engaging with ads while on high-risk websites can also result in an infection. Thus, when browsing sites that have pornography or pirated content, it’s important that you have adblocker and anti-virus installed. Adblocker should prevent malicious ads from opening, or least close any pop-ups if they appear.

Most anti-virus programs will detect and remove Silver Sparrow malware from the Mac. Since it doesn’t show any obvious signs of being present, even detecting its presence would require anti-virus software. So it’s recommended that Mac users scan their computers, just in case.

Apple has taken measures to prevent future infections, so if a scan doesn’t show that it’s present on your computer, you shouldn’t be able to get the malware in the future. According to Apple, they have revoked the certificates the developer accounts use to sign the packages so no new macOS computers should be infected.

Scan QR code and get the Wannapay ransomware removal instructions on your mobile.

The QR code is displayed on our webpage because sometimes it may be difficult to terminate such unwanted programs as Wannapay ransomware. You can scan the QR code using your mobile phone and get manual removal instructions that will help you remove Wannapay ransomware from your device.