Snapchat, like any other popular social media or messaging app, is often used by malicious actors for malware distribution. These kinds of platforms are great to distribute malware as links leading to malicious sites can spread very quickly. 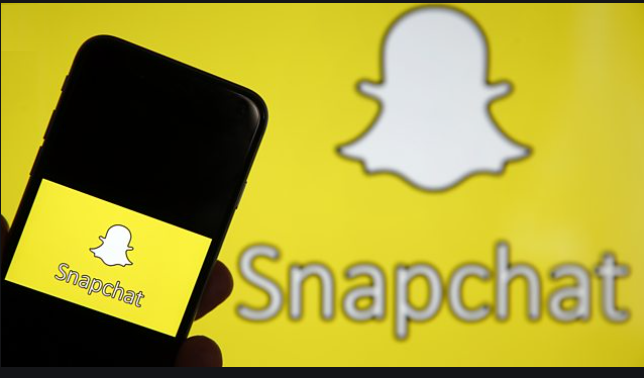 Snapchat viruses are nothing new and they have been around for many years but in case you’re not aware of them or how the platform is misused by cyber criminals, we recommend reading the below provided information.

Here are the Snapchat viruses still relevant in 2021.

The term Snapchat virus is used to refer to a broad list of infections, mainly those that either use the platform to spread or pretend to be Snapchat.

Malicious apps pretending to be Snapchat

More applicable to Android devices, fake Snapchat apps may be available for download on questionable third-party app stores. Because third-party app stores are rather poorly regulated, malicious actors are able to upload malicious apps disguised as legitimate ones. Those apps could try to phish Snapchat login credentials, cause harm to the device, and expose users to even more potentially dangerous content. This is why Android users are always advised to only download apps from the Google Play Store. While it’s not foolproof, Google’s Play Store has much better security, thus it’s much safer to download from them. Though users should still be vigilant, as some malicious apps have been able to sneak past Play Store’s security in the past.

The reason iPhone users are not affected by this is because the iOS prevents them from downloading any kind of app that does not come from the Apple App Store. Unless users jailbreak their iOS, they will be unable to download a fake Snapchat app.

Social media and messaging services have always been great platform to distribute malicious content. If you have used any kind of messaging service, you will likely be familiar with what we are talking about. Malicious actors are sometimes able to hijack social media and messaging service accounts, which allows them to send malicious messages to everyone on said accounts’ contact or friend lists. The messages include a generic text and a link to a website, which if pressed could lead to phishing sites or pages that prompt users to download malicious content. They would then be able to hijack the accounts of users who clicked on the link, and then their accounts would send the malicious messages.

The messages that come together with the link to a malicious site usually encourage the receiver to click on the link by claiming it’s some kind of photo or video related to them. The messages often have some form of “Is that you in this video”, “There’s a photo of you”, or “Check out this video I received”, followed by the link. The messages are usually in English but can also appear in most other languages.

The reason so many people fall for this and end up clicking on these links is because the messages are sent from people in their friend/contact list. If they trust that person, they would not even hesitate to click. The reason this happens is because malicious actors hijack those accounts and use them to send the spam.

Malicious actors often try to trick users into revealing their login credentials for various social media accounts, and Snapchat is no exception. Phishing can be done in different ways, though email is most commonly used. For example, you may receive an email claiming that there is something wrong with your Snapchat account and that you need to click on the link to fix whatever is wrong. If you were to click on the link, you’d be taken to a website that’s trying to imitate Snapchat and asked to log in. Since this would be a phishing attempt, you would be providing your Snapchat login credentials by typing them into the site.

Phishing can also be done via messages. You may receive a message from a hijacked account that asks you to click on a link. If you do, the above described scenario could happen.

It’s fortunately pretty easy to avoid falling for a phishing attempt, as long as you check the URL of the site that’s asking you to login.

If you know you downloaded Snapchat from a third-party app store and not Google Play, we strongly suggest you delete it and then use Google Play to download it again. It’s also a good idea to check your device for apps you don’t recognize, just in case something potentially harmful has been installed. If anything suspicious appears on the list of installed apps, delete it. Android devices also have anti-virus apps so you can use one to scan for potentially malicious threats. You should also look out for any suspicious behaviour, such as a suddenly slow device, random pop-ups or redirects when browsing, unexplained quick battery drainage, and just generally weird behaviour.

If you have clicked on one of those links sent to you by a hijacked account, you need change your password immediately. The password has to be unique and difficult to guess to prevent easy access. Snapchat also has two-factor authentication so you should enable that to further protect your account. Even if someone has your password, they would be unable to log in without having access to a device that can authorize the log in.

The same applies if you have fallen for a phishing attempt. Change your password immediately and enable two-factor authentication. It’s also a good idea to check the devices that are connected to your account. If there is unauthorized access, you can revoke that access. Open the Snapchat app, press on the profile icon, then the gear icon, press on Two factor authentication, and then on Forget Devices. You can delete linked devices by pressing the X. Carefully check the linked devices and remove the ones you don’t recognize.

Scan QR code and get the Judge ransomware removal instructions on your mobile.

The QR code is displayed on our webpage because sometimes it may be difficult to terminate such unwanted programs as Judge ransomware. You can scan the QR code using your mobile phone and get manual removal instructions that will help you remove Judge ransomware from your device.

OfferDownload Removal Toolto scan for Snapchat virus 2021If you have been infected with Snapchat virus 2021, you need to get rid of it as soon as possible. For faster removal, use anti-malware software.
More information about WiperSoft and Uninstall Instructions. Please review WiperSoft EULA and Privacy Policy.