What is Dark Tequila?

Dark Tequila is a malicious campaign that primarily aims to steal financial information. The campaign has been actively targeting Mexican users since 2013 but has only been noticed recently by researchers at Kaspersky. The campaign, which has been dubbed Dark Tequila, delivers a sophisticated keylogger to the victim’s computer and proceeds to steal financial information from a long list of banking websites. 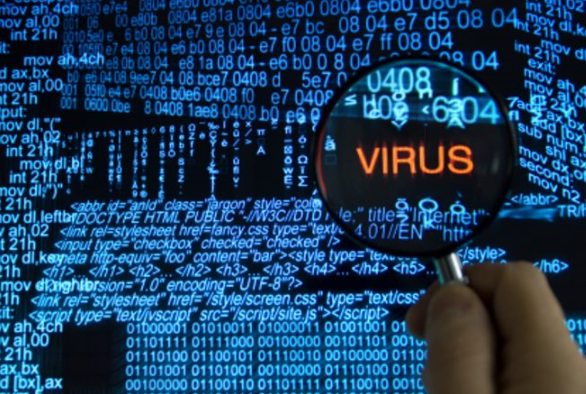 However, it also steals login details to certain websites, like public file storage and domain registrars. Researchers who discovered the malware campaign note that it spreads via spear-phishing and USB devices. Attackers likely use known company/organisation names to send phishing emails to victims and the lead them to malicious sites, from where malware can then install onto the computer unnoticed. When a USB device is connected to an infected computer, the device also becomes infected and can then spread the malware to other computers.

This highly sophisticated campaign has managed to escape notice for 5 years by using certain evasion techniques. When the malware enters the targeted computer, certain conditions need to be met in order for the multi-stage payload to infect. If an anti-virus program or some other security suite is detected, the malware is uninstalled from the device. This has allowed the malware to evade cybersecurity researchers’ notice for such a long time.

The keylogger installed on a computer can go unnoticed for a long time, as it only installs on systems that do not have security software installed. However, if you install anti-malware software after infection, it does detect it so you can remove Dark Tequila.

How does it spread?

According to Kaspersky, the campaign uses two methods to spread the malware, spear-phishing and USB devices. Spear-phishing is a popular methods among criminals because if it’s sophisticated enough, it can fool even the more security cautious people. What criminals do essentially is, they send out emails to potential victims, pretending to be from legitimate companies/organisations. The emails would look very much like those actually sent by the company but, unknowingly to the user, would contain links to malicious sites. For example, a potential victim may receive an email from their bank, which says that for whatever reason, the user needs to check their online banking account. The email would provide a link, which when pressed would take the user to a seemingly harmless but actually malicious site that would download the malware onto the user’s computer.

This is why users needs to be very careful when pressing on links to emails. If you hover the cursor on the link, it would show the site that it links to, and if it looks even remotely suspicious, do not press on it. If you receive an email from a bank, or any other company, asking you to press on a link, it would be wise to be suspicious. If you are asked to check your account, do so by manually going to your account and not by pressing on the link.

When a USB device is connected to an infected computer, the malware automatically infects the USB, allowing the infection to continue spreading offline.

How does the malware behave?

When the malware is delivered to a computer, it checks for installed security software, whether the computer is running a virtual machine or if there are any debugging tools running the background. If it detects anything unusual, it deletes itself and all its components. It has also been noted that if the infected computer is outside of Mexico, the malware will also remove itself. As soon as a computer is infected and when it has been deemed safe to proceed, the malware contacts its command-and-control (C&C) server for instructions and releases its keylogger payload.

The keylogger works in the background without showing any obvious signs, and proceeds to steal financial information and login credentials. While it primarily aims to steal financial information, it will also take login credentials from a list of targeted sites, which include Microsoft Office 365, Amazon, Dropbox, Zimbra email, GoDaddy, Register, Namecheap, etc. It could steal email addresses, file storage accounts, domain registers and everything that goes with them. Stolen data is encrypted and then transferred to the C&C server.

Kaspersky researchers suspect that the group behind this malware campaign are from Latin America, as the code has words used only in that region.

The malware campaign still seems to be active, and Kaspersky warns that it can be deployed anywhere in the world and can target anyone.

One of the reasons why keyloggers are so dangerous is because they can operate in the background unnoticed. If you have no security software installed, you might not notice anything unusual until it’s too late. This kind of malware is why having anti-virus software installed is so critical. If you are indeed infected, it would not have happened if you had security software installed. What you need to do now is remove Dark Tequila with anti-virus. It should be detected by most security programs but make sure you use a reliable one. After you uninstall Dark Tequila, proceed to change your sensitive account credentials and check your bank statements for any unusual activity.

The malware is detected by security software as:

Scan QR code and get the Vvwq Ransomware removal instructions on your mobile.

The QR code is displayed on our webpage because sometimes it may be difficult to terminate such unwanted programs as Vvwq Ransomware. You can scan the QR code using your mobile phone and get manual removal instructions that will help you remove Vvwq Ransomware from your device.

Follow @carinefebre
OfferDownload Removal Toolto scan for Dark Tequila virusIf you have been infected with Dark Tequila virus, you need to get rid of it as soon as possible. For faster removal, use anti-malware software.
More information about WiperSoft and Uninstall Instructions. Please review WiperSoft EULA and Privacy Policy.