OInstall.exe Virus refers to the OInstall.exe process that is associated with pirated copies of Microsoft Office. It’s detected as hack tool that is used to crack pirated copies of Microsoft software, which is partially the reason why anti-virus programs detect it as a potential threat. Pirating is discouraged by anti-virus programs not only because it’s essentially stealing, but because it’s also dangerous for the computer. Crack tools won’t necessarily be malicious, but if your anti-virus is detecting them, it’s better to delete them. Not to mention that you shouldn’t even have crack tools since it’s stealing. 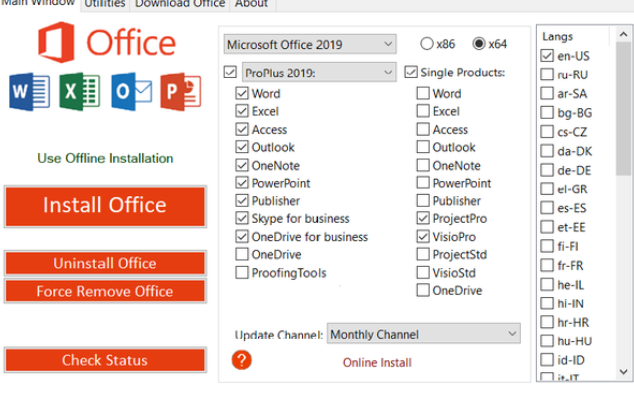 If you are someone who prefers to use pirated software instead of legitimate ones, you should already be aware of the dangers of pirating. It’s one of the leading causes of a malware infection. It’s especially the case with ransomware. Users who pirate are much more likely to end up downloading some kind of file-encrypting malware, and such an infection could have disastrous consequences because it’s not always possible to recover encrypted files.

While OInstall.exe will not necessarily be malicious, using a pirated copy of Microsoft Office is not a good idea for numerous reasons. And if your anti0-virus software is detecting it, you should remove OInstall.exe Virus.

How did OInstall.exe Virus end up on your computer

Since OInstall.exe is part of a crack tool for activating pirated Microsoft software, if it’s on your computer you either used an unreliable tech-support party to set up your computer, or you have downloaded the pirated software yourself.

If you thinking about using a pirated copy of Microsoft Office or have already set up the illegal copy, you should know that there are free alternatives to the office suite. Office suites like LibreOffice, OpenOffice and Google Docs are completely free to use and do not require you risking a malware infection. They are great alternatives for users who are not willing to or are unable to pay for Microsoft Office.

OInstall.exe Virus is detected by:

Scan QR code and get the Uyit ransomware removal instructions on your mobile.

The QR code is displayed on our webpage because sometimes it may be difficult to terminate such unwanted programs as Uyit ransomware. You can scan the QR code using your mobile phone and get manual removal instructions that will help you remove Uyit ransomware from your device.

OfferDownload Removal Toolto scan for OInstall.exe VirusIf you have been infected with OInstall.exe Virus, you need to get rid of it as soon as possible. For faster removal, use anti-malware software.
More information about WiperSoft and Uninstall Instructions. Please review WiperSoft EULA and Privacy Policy.