zlob.zipcodec was an issue reported by many Spybot – Search & Destroy users. According to users, when performing a scan with the Spybot spyware and adware removal program, the scan would get stuck on zlob.zipcodec and the program would freeze, becoming unresponsive. This issue was first reported in 2016, with numerous posts on various forums from users asking what to do. The company behind Spybot eventually came up with a solution, which involved users downloading a small installer that would replace the file causing the issue. 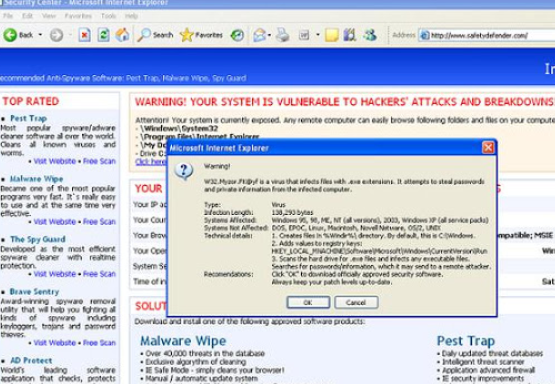 How to fix zlob.zipcodec freeze

This is a very old issue, dating back to 2016, so it is unlikely that users are currently affected. When reports first started appearing about the anti-spyware program freezing on zlob.zipcodec during a scan, users were left with no solution. However, eventually one was released. All users need to do is download and run the provided installer, and the file causing the issue would be replaced, thus solving the issue.

Should you be concerned with zlob.zipcodec

Anti-virus programs freezing when scanning the computer is not normal. This can happen when the computer is infected with some kind of malware that is trying to stop security tools from working. So Spybot getting stuck near the end of the scan may alarm a few users into thinking that their computers are infected with something. However, in the case of Spybot freezing on zlob.zipcodec, it’s merely an issue with the program. Downloading and running the linked installer file should solve the issue.

However, as a precaution, it’s still a good idea to scan the computer with a different security program, preferably anti-malware. There could be all kinds of infections hidden on the computer, a scan with anti-malware would help determine if anything is wrong.

OfferDownload Removal Toolto scan for zlob.zipcodecIf you have been infected with zlob.zipcodec, you need to get rid of it as soon as possible. For faster removal, use anti-malware software.
More information about WiperSoft and Uninstall Instructions. Please review WiperSoft EULA and Privacy Policy.